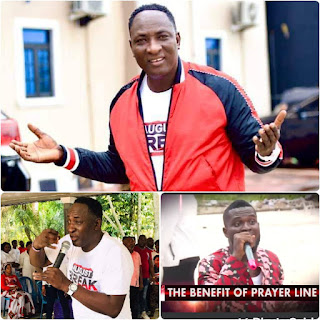 A video, making the wave on the social media and watched by this medium showed the man lifting for joy and singing.

The young man, who said he has been battling with the illness for years was the centre of attraction at the ‘August Break’ programme, which held at the church premises in Delta State as he dramatically started singing and indeed got his cloth torned 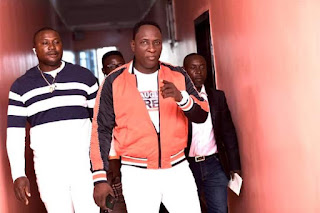 The young was later blessed with over N400, 000, the founder of the church, Billionaire Prophet Jeremiah Fufeyin.

Reportedly, seizure is a disorder in which nerve cell activity in the brain is disturbed, causing seizures. Epilepsy may occur as a result of a genetic disorder or an acquired brain injury, such as a trauma or stroke.

By implication, during a seizure, there are bursts of electrical activity in people’s brain, sort of like an electrical storm. This activity causes different symptoms depending on the type of seizure and what part of the brain is involved. Seizures can take on many different forms and affect different people in different ways. 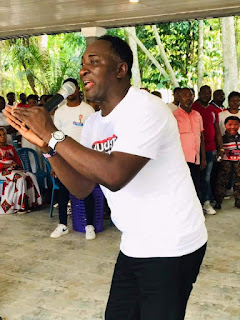 The famous Prophet Fufeyin had said Nigerians must find ways to ends limitations by taking advantage of ‘August Break.’

Fufeyin, had noted that the programme would address age long challenges and launch people into a future that God has destined for them in marriage, career, health and every aspect of life.

Decrying poverty in the country, Fufeyin noted that there are spiritual implications to the events in people’s life, stressing further that forces behind stagnation and delay would be broken for people to break even.

May the Lord GOD Almighty take all the GLORY.