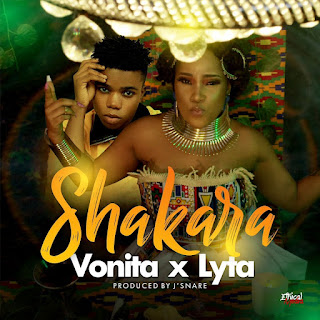 She had her primary and secondary education in Owerri Imo state and bagged a B.s.c in economics at Imo State University.
Because of her love and passion for arts, her parents enrolled her in a musical and cultural school when she was a child where she made her first appearance in a movie.
She started her musical career as a gospel artiste and released her first single track entitled ‘thoughts of love’ and then switched to a secular song and released a track entitled ‘my baby no dey two’.
Her musical influences are Beyoncé, Angelique Kidjo, Fela Kuti and Brenda Fassie.
She released her hit single entitled ‘Shakara’ in April 2021, a song for every woman because it depicts the beauty of a woman and how she is to be treated by a man.
“Vonita” collaborates with popular musician “Lyta” to share the music video titled; “Shakara“, a remix of her original single.
This video was produced by J’snare, and directed by Gidfilmz. She’s called the wonder-woman because of her creativity and versatility.
All her songs can be found on major online platforms like Boomplay, Audiomack, Pandora, iTunes, Spotify, Apple Music, etc.
This artiste is ready to show the world what she’s capable of by having various versatile melodic vibes.
You can reach out to and also follow Adaeze on her social handles below:
IG, Twitter: @officialvonita
Facebook: vonita-wonder woman
Watch the video below: