Rochas Okorocha Optimistic Of APC Convention, Sues For Regard For ‘Founding Fathers’ 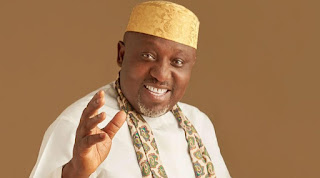 Former Imo State Governor, currently serving Imo West Senator and APC Presidential aspirant, Senator Rochas Okorocha has thrown his weight behind what he refers to as “the new leadership of APC. Speaking with journalists, the Presidential aspirant urged the party to recognize the State Governors as leaders and to as well not forget to carry along “the founding fathers” of the party and the parties that came together to form the party APC in 2013.

“I am more convinced than ever, it will take place. It will be free and fair. Given the stand of Mr

President, what simply needs to be done is to give every member of this party, a sense of belonging, not forgetting the founding fathers and the parties that came together to form the APC, one which is the CPC led by President Muhammadu Buhari, the CAN led by Bola Ahmed Tinubu, APGA led by Rochas Okorocha, ANPP led by Yari, Shettima, Ogonnaya Onu and a host of them, and the New PDP.

“If these people are carried along and the Governors are recognized as the leaders of the party, we shall have a peaceful convention.

“Again, this party should as a matter of urgency respect the rule of law and court orders where they exist,” he said.

He further emphasized that holding the (APC) convention on the 26th of this month (March) will return the peoples confidence in the party (APC).

Attached above is the YouTube link to the video of the interview: