Prophetess Evelyn TB Joshua: How the Woman in the Synagogue is Keeping the Legacy of her Late Husband 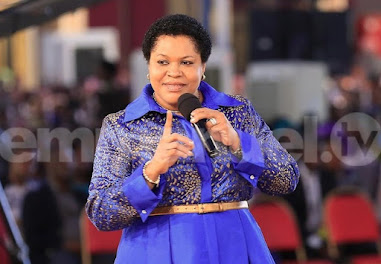 Since November 7, 2021, when she led the first service after the untimely passing of her husband, Prophet TB Joshua in June same year, Prophetess Evelyn TB Joshua has not only proven her critics wrong, but she has also shown capacity to sustain her late husband’s legacy at the Synagogue Church of All Nations, Seunmanuel Faleye writes for Apples Bite Magazine.

Before assuming the stead of her late husband, in leading one of Africa’s most influential denominations, Prophetess Evelyn TB Joshua faced staunch opposition, from what could be described as power blocs, within the fold of the SCOAN. 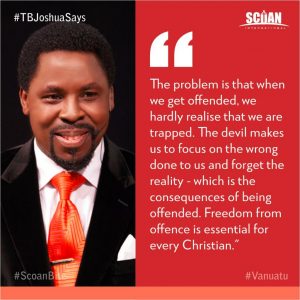 Certain concerns were raised about her spiritual well withal, to give spiritual direction on the mode of service continuity, her people management propensity and her overt charisma as the spiritual leader of the Synagogue.

The argument at the time by these nay sayers was that Mrs Evelyn Joshua was not a member of the church’s board of trustee, as such was not in the succession plan of her husband.

Likewise, unlike wives of most acclaimed Nigerian pastors, who share limelight with their husbands, Mrs Evelyn Joshua mostly enjoyed anonymity and stayed in the background, during her husband’s earthly ministry, spanning about 30 years.

However, regardless of the proposition of her opposition, the widow of the man in the Synagogue emerged the new spiritual leader of the fold. 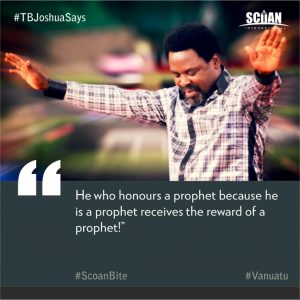 Few months down the line, since her emergence as the spiritual leader of SCOAN, Prophetess Evelyn Joshua has proven her spiritual credentials to the admiration of thousands of followers that believed in her husband’s ministry. 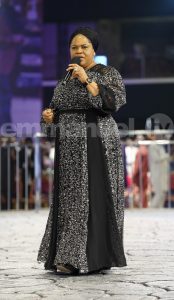 Late Prophet TB Joshua during his time was a renowned teacher of the word of God, he taught scriptures with such simplicity and practicality, that everyone in his congregation could relate, regardless of your social status and intelligence.

In the same vein, Prophetess Evelyn Joshua has kept the same path of feeding the flock with undiluted word of God, like a Titilayo John, a member of the congratulation for over 12 years who spoke with Apples Bite Magazine, described Evelyn Joshua’s teachings as “not different from the way her husband’s way of teaching. She is a great teacher herself, just like the prophet,” she remarked. 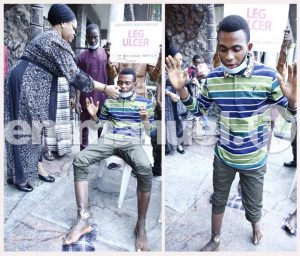 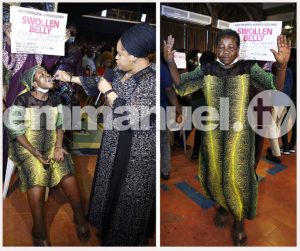 Another remarkable feature of the late prophet was that he was renowned for ministering healing to the sick, performing deliverance for the possessed and his prophecies, both on individuals and the nation were always a hit.

As if taken over by the double portion of her late husband’s anointing, Prophetess Evelyn Joshua now minister healing and deliverance to members of the congregation needing spiritual awakening and deliverance from poverty and tormenting forces. 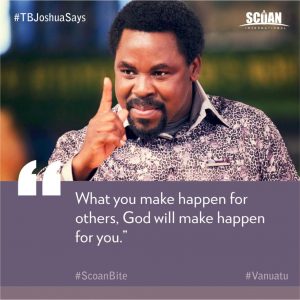 Information available from the church authority revealed that in 2010, in response to the Haiti earthquake, T.B. Joshua chartered two cargo planes with relief materials and sent a team of doctors, nurses, engineers and workers and established a field hospital in Port-au-Prince, Haiti called “Clinique Emmanuel”. In 2013, Typhoon Haiyan devastated the Philippines. T.B. Joshua sent aid to Leyte Island. In 2014, USD100,000 donation was provided to the National Metropolitan Police Force in Colombia, and in the same year, USD50,000 was given to Ebola victims in Sierra Leone.

In 2015, victims of severe flooding and fire in Accra, Ghana received USD40,000, food and essential supplies. In 2016, a cargo plane was chartered to carry 20 tonnes of relief aid to the victims of the earthquake in Ecuador. Earthquake disaster relief provided in Mexico (2017) and Albania (2019). In 2020, provided COVID relief aid totaling an amount of hundreds of thousands of dollars to numerous people around the world who suffered from the economic fallout of the lockdowns including a 30million Naira donation to the Lagos State Government for COVID relief, while in 10 million Naira donated to IDP camp, Abuja to support Boko Haram displaced persons in Nigeria. USD150,000 donated for the restoration of the Parish Church of Bethlehem. 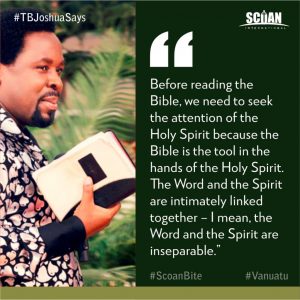 There are hundreds of students across higher institutions of learning that are on scholarship from the late prophet.

Hundreds of widows orphans and homeless were under his daily feeding scheme too.

However, as a selfless leader herself, we are convinced that Mrs Joshua will keep this trajectory of doing good.