[News] Osogbo Boys Attack And Fight Back At EFCC – Is Sunday Igboho To Be Praise Or Blame? 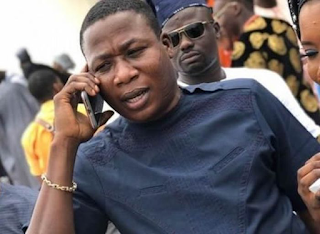 In case you missed the news, Osogbo youths attacked EFCC officials, stopped them from doing their work.

Social media was on fire on Tuesday, 18th of May when News broke that Osogbo youths attacked EFCC operatives in an attempt to arrest alleged yahoo boys and tow away their exotic vehicles. This has however led to protest across the State capital Osogbo and the unrest lasted for days.

What could have led to the attack?

In the past few years, EFCC officials have raided Osogbo multiple times without any hindrance at all… How come this is happening now?

Well, the youth rumoured to be Yahoo Yahoo boys ganged up against the officials and stopped them from carting away their vehicles.

The question on everyone’s lips is that => What could have given the boys the morale to go all out against the anti-grant officials?

Well, in case you missed it – a few weeks ago, Sunday Igboho made a statement warning EFCC to avoid raiding youths in the South West region of the country precisely his relatives.

He claimed that EFCC does not arrest people perceived to be Yahoo boys in the Northern part of Nigeria because they are Hausa & Fulani’s but feel it’s okay to punish the youths in Yoruba land. Many people agreed with Sunday Igboho’s claims and supported him.

Could this have triggered the boys?

Yes! This could be the big reason why Osogbo youths resisted the arrest of the alleged 30 Yahoo Boys capped by the EFCC.

Watch the video below:-

You saw that right?

Sunday Igboho is fearless and ready to do anything to break the Yoruba away from Nigeria and stand as a country on its own to be called the Oduduwa Republic.

Now, we have a question for you all

Do You Think Sunday Igboho’s Video Might Have Pushed Osogbo Youths To Attack The EFCC Official?

Could The Government Go After Sunday Igboho Over What Happend In Osogbo?

Let’s hear from you all as regards this pressing