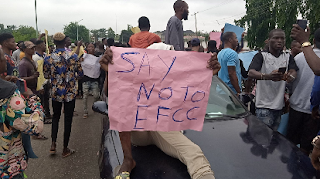 There was tension in Osogbo Monday night through Tuesday morning as youths alleged to be internet fraudsters protested invasion by operatives of the Economic and Financial Crimes Commission (EFCC). 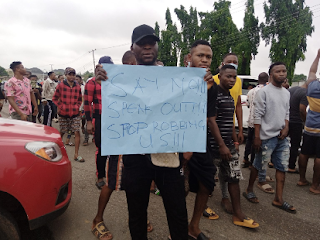 In a video obtained by DAILY POST, the youths were seen shouting and protesting that the operatives of the EFCC raided their Estate and were trying to tow away different exotic cars.

DAILY POST also gathered from sources that the EFCC operatives carried out a raid within Adetunji Estate around 2am and started conducting house to house arrest of suspected internet fraudsters. 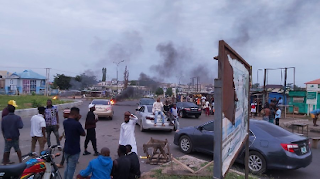 The source also disclosed that over twenty cars were supposedly confiscated and more than thirty-one suspected Internet fraudsters had been arrested within an hour inside the Estate.

Meanwhile, the Police Public Relations Officer in the State, Yemisi Opalola who confirmed the incident, stated that police personnel had been deployed to the scene since midnight.

She also stated that the situation had been brought under control. 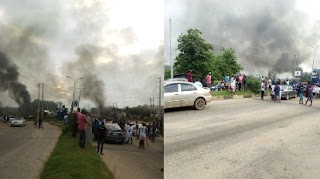