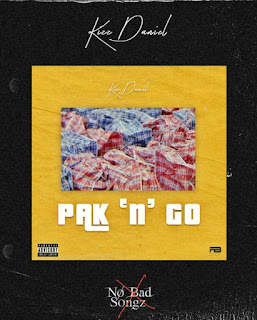 Flyboi Inc frontline act, Kizz Daniel returns with two brand new records which he titled “Pak N Go“ alongside with the other one titled “Pah Poh”

‘Pak N Go‘ pronounced Pack And Go, as Kizz Daniel‘s third official record for the year, it comes after the release of his previous single tagged ‘Eko‘.
The song was produced by highly gifted music producer, the one and only DJ Coublon.