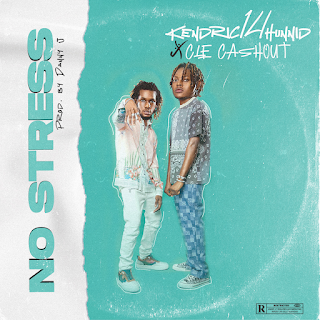 Few months after releasing his debut single Kendric14hunnid is back again with another release titled No Stress and he features fellow rapper CLE Cashout as the duo join forces again to let you know what they are all about.

This is the second time both rappers are coming together on a song as the first release titled WHY was a song by CLE Cashout featuring Kendric14hunnid as the rapper returned the favor on his second official release to show their chemistry in the studio and as friends.