I Look Up To Don Jazzy, Wizkid, Olamide, Others || DonJoe 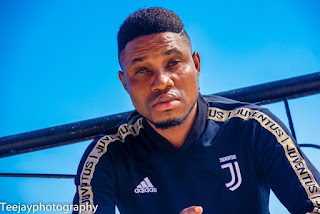 Joseph Durodola an Osun State-born Artist is one the fastest rising Pop Singer in Nigeria. Going by the Stage name of DonJoe, he has released two singles in 2021, namely “Morenikemi and Sabi.” He worked with Young John in the production of the Morenikemi single.
The multi-talented artist is one of the fast-rising singers to look out for as he promised good music for his fans among which includes “Yibidun”, a dancehall song which will feature the Music Mogul and Mavins Boss, Don Jazzy. Broda Shaggi and Mr Macaroni will be featured in the video production of the single.
While responding to an interview, DonJoe explained the reason behind his hits, “Morenikemi and Sabi.” The music, according to him, were intended to preach love and humanity in people.

DonJoe
He further explained that he discovered his musical gifts and “I have been doing music since 2010”. According to him, he has been a member of his Church Choir since he was a child. This experience further “transmits and “socializes me to the music world”, he added.
DonJoe has performed in different concerts, wedding occasions amongst others.
In years to come, he imagines seeing his songs going viral and reaching superstardom both in Nigeria and Worldwide, helping people etc.
He draws inspiration from Don Jazzy, WizKid, Adekunle Gold with whom they shared a cordial relationship, Olamide.
In his advice to up and coming artists, he urged them to build their sound to preach the content of music and correct societal ills.