Social media agog yesterday as a South African pastor, Proff Ex posted a video accusing a Nigerian cleric, Prophet Jeremiah Fufeyin, founder of Christ Mercy Land Church in a case of missing child.
A woman, Ruth Matthew had in 2019 claimed her child went missing at the mercy city belonging to Prophet Fufeyin.
She had reported the case to the Nigerian Police and later brought it up at the Brekete Human Rights radio in Abuja, where the woman and a representative of the Police appeared over the matter. 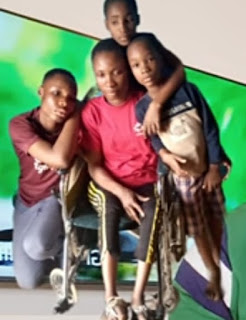 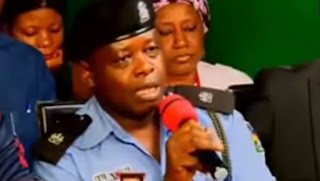 The Police at the live programme had claimed that the woman’s story was “found inconsistence with the truth,” adding that the many version of the information provided by the woman did not add up.
Ruth Matthew had claimed that she went to church on the fateful day with four of her children and couldn’t eventually see one of the kids.
In her initial story at the station, the woman said while the child was left in custody of the children church with security personnel and guardians, she returned to discover that her child was missing and that she was ordered out of the church when she was making a case for the missing child.
While she had provided this narrative to the Police and her earlier appearance at the radio station. During the live program, Police at the station later revealed that she reported going to the church with five of her children, including an 18 year old girl, not four. The woman immediately adopted that version claiming she made a mistake earlier.
She told audiences at the live programme that her 18 years old child, who was with the missing child had said that a woman came picking the child up in a Keke Napep outside the church premises, not in the church where she sent them on an errands.
A report by the Police had since 2019 resolved the matter absolving the church of her claims only for Proff Ex to reopen the matter claiming that cases of missing children have been regular at the church.
While a Nigerian comedian, Eyagbeshare had shared the video of Proff Ex on the missing case and the timeline video of the case at the Brekete family as well as the Police report, most Nigerian took to the internet to express their take over the matter.
A lady, with Facebook name, Eke Bigland noted decried the extent to which some pastors are going to bring their colleague down.
Another person, Urete Eloho said: “Please stop wasting your time on this guy. Surely they must gather, you are only making him more famous let’s go on more important matter.”
Folomena Shilula noted that Proff Ex needed prayers, adding a pastor who is consistently blackmail others require more of prayer than social media comments.
On his own comment, Opia Peter claimed that Ruth Mathew may seen her child.