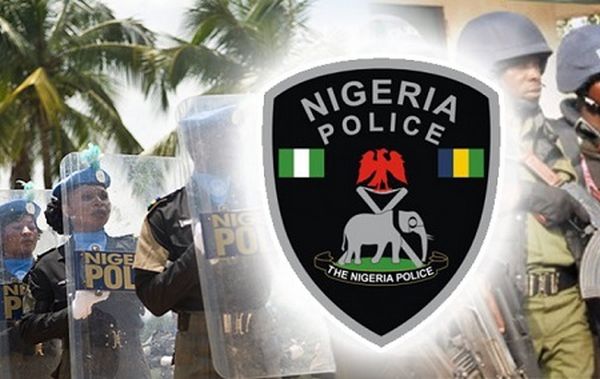 The Police in Borno State, on Wednesday said 53 suspects of armed robbery and other crimes had been nabbed in the ongoing ‘Operation Puff Adder,’ in the state.
The Commissioner of Police in the state, Mr Mohammed Aliyu, made the disclosure at a news conference in Maiduguri.
Aliyu said that the suspects were arrested for crimes which included armed robbery, kidnapping, rape, cattle rustling, drug peddling, phone snatching and car theft.
He said that the suspects were apprehended at different times and locations within the past four weeks.
Aliyu said that the command recovered a number of AK47 rifles, ammunitions, large quantity of drugs and narcotic substances, knives, cutlasses, tricycles and cars from the suspects.
He said that the command arrested one Henry Haggai and four others, after they attacked and robbed one Dr Gambo Zira in Maiduguri on July 18.
Haggai accomplices, he said, were Abubakar Abba, Jesini Yakubu, Joseph Nathanial and Jeremiah Haggai.

“The suspects armed with Ak47 rifle attacked the victim’s resident and carted away his computer, cell phone and N19, 000. The rifle and other items were recovered from them,” he said.

Aliyu said that other robbery suspects arrested were Abba Ali, Ahmed Ali, Umar Mohammed and Mustapha Mohammed, adding that a tricycle and two cutlasses were recovered from the suspects.
He added that four suspects were also arrested for the theft of a car belonging to a former governor of the state, Alhaji Alsheikh Zarma.
The commissioner said that two of the suspects, Sale Ibrahim and Abba Sharif, connived and stole the car in Maiduguri.

“They transported the car to their accomplice in Kano, Ahmed Saidu, who sold it to one Sani Hamisu at the cost of N1.2 million.”

He disclosed that on July 12, the command arrested Sule Ya’u, Mukhtar Abubakar, Shuaibu Hamza and Konto Mustapha while in possession of a Toyota bus valued at N2.7 million, adding that the car was stolen from Kano.
Aliyu disclosed that two other suspects, Yusuf Mohammed, 22 and Umar Bukar, 19 were arrested over the abduction and rape of a lady at Moloi area of Maiduguri on July 15.
He added that one Dane gun, sticks, axe, knife and a cutlass were recovered from the suspects.
He said that seven other suspects, found with 45 animals suspected to have been stolen, were also apprehended by the command during the period.
Aliyu gave the names of the suspects as Umar Kellemu, Ibrahim Mustapha, Malam Goni, Kori Mohammed, Bashir Modu, Jibrin Maina and Tahir Mustapha.
According to him, the police have arrested a kidnap kingpin, Bello Dabiyo, with the help of members of his gang, adding that two AK-47 rifles were recovered from the gang.
Aliyu said the command equally arrested one Joseph Michael, Andrew Simon and Ismail Musa for illegally trading in large quantity drugs.
He said that preliminary investigation revealed that the drugs were not certified by National Food Drug Administration and Control (NAFDAC), adding that all the suspects would be arraigned after investigations.
The commissioner reiterated the commitment of the police to protect lives and property in the state, and called on the people to provide useful information on suspicious movement and activities in their communities.