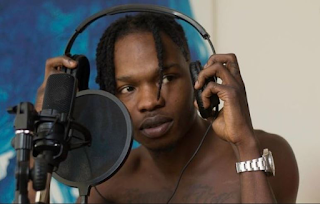 Naira Marley has been one of the few artistes in the industry who has had a great influence on the behavior, character, and life of many young ones.

From Peckham to Lagos, the rockstar has become an intercontinental rockstar whose music is very rare to go by without shaking the body.

His up-tempo sounds, coupled with his easy-to-remember lyrics have made his music unforgettable, danceable, and trending.

Apart from doing addictive music, there has also been controversy about his lifestyle and around society.

The singer has become a household name with a mass of obsessive followers, who termed themselves as the ‘Marlians’ and identified themselves with the gangster ways of Naira Marley

His followers who are termed the Marlians are young teens who have adhered to the rules such as the No Belts, Zero Manners, Fearless, Drink to stupor, among others.

In a recent tweet in which the singer has been receiving several backlash on social media, he wrote;

“I’m still gonna have s3x with mother and daughter on the same day, the mum should be younger than 40 and the daughter should be 18 years or over.”

Meanwhile, some people have attacked Naira Marley for this tweet while some respected his sexual fantasies.

Shebi you claim to be a Marlian too abi? The question now is 👇