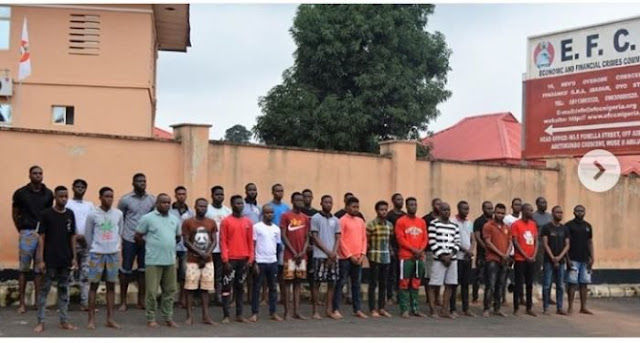 The Economic and Financial Crimes Commission, EFCC, Ibadan zonal office, on Wednesday, July 10, 2019 arrested 30 suspected internet fraudsters.
The suspects were apprehended at different locations within the city of Ado Ekiti, the Ekiti State capital during an early morning raid carried out by operatives of the anti-graft agency.
The operation was the sequel to a deluge of intelligence reports available to the Commission on their alleged fraudulent activities.
According to the reports, many people have fallen victim to the tricks of the suspects, who exploit their dexterity on the use of the internet to allegedly commit crime.Ranging between the ages of 18 and 27 years, 11 of the suspects claimed to be undergraduates, while others said they are self-employed in various vocations.
Items recovered from them include eight exotic cars, laptops, mobile phones and several documents suspected to contain information used to access their victims.
The suspects are already providing useful information to aid further investigations.They will be charged to court as soon as investigations are concluded.
See More Photos Below; 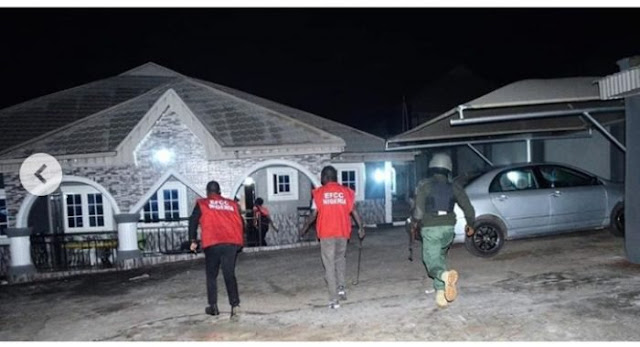 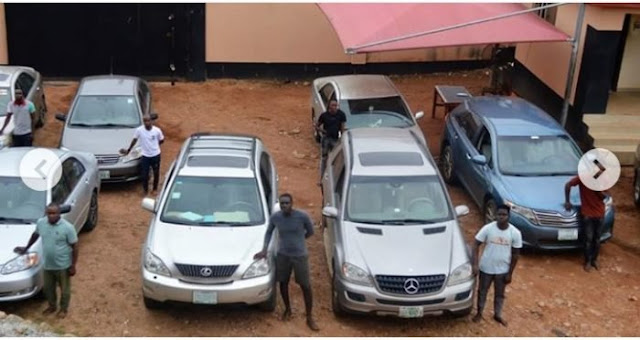