Disabled woman pleads with Prophet Jeremiah Fufeyin, says she lied over missing child, she sent the child to the abductors (Watch Video) 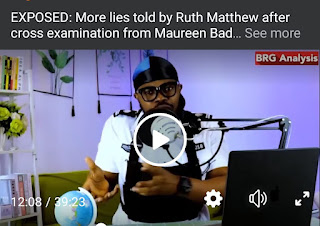 A crippled woman, Ruth Matthew has pleaded with prophet Jeremiah Fufeyin for forgiveness, saying that a pastor asked her to lie over a case of missing. 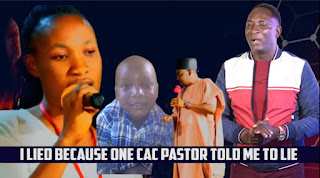 In a telephone voice note going viral on the internet, Matthew was repeatedly pleading with the prophet that she was used by the devil.

According to the woman, a Warri based pastor had asked her to fabricate the case of her missing child which has been on since 2019.

“I am sorry sir. I caused the issue. I lied,” the woman, who spoke in Pigin was heard apologizing many times, while admitting that she had sent her missing child to follow a particular woman.

Matthew had alleged that Fufeyin kidnapped one of her sons after she brought three of them to the church.

Although the Nigerian Police had dismissed the case stating that the allegations “were inconsistent with the truth.”

The case however resurfaced as some pastors and NGO stood up to seek justice. The development had led the church to file a suite in court over the issue, stating that there was need to put final stop to the matter.

This development may have forced Matthew to plead for forgiveness and disclosed that she was forced into lying over the matter.

Let’s always stand up for the truth, fight in honesty, seek justice and not be used to bring others down. Let’s be careful.