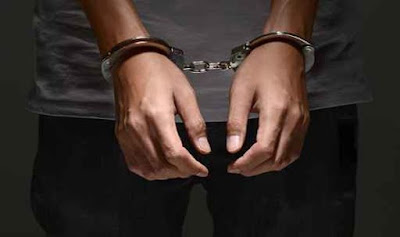 A Federal High Court sitting in Ibadan, Oyo State capital, on Thursday sentenced seven illegal drug dealers to 25 months in imprison for dealing in 12.505 kg of Indian hemp.
The illegal drug dealers were Garba Umar, Hakeem Afeez, Stephen Uche, Ganiyat Babatunde, Abideen Alao, Ridwan Ibrahim and Adesina Abiodun.
Justice P.I. Ajoku, who passed the judgement, said she convicted the offenders based on the evidence before her and the fact that they pleaded guilty.

Counsel to the accused, Mr. Musbau Olapade, however, begged the court to minimise his clients’ punishment, assuring that they had learnt their lessons.
Earlier, counsel to the National Drug Law Enforcement Agency (NDLEA), Oyo State Command, Mr. Raphael Himinkaiye, had told the court that each of the convicts was facing one-count charge of unlawful dealing in illicit drug.
Himinkaiye further stated that Umar, Afeez, Babatunde, Alao, Ibrahim and Abiodun committed the crime in April, May and June respectively at different spots in Ibadan.
According to the prosecutor, Umar was apprehended with a multi-coloured bag containing 10.5 kg of Indian hemp and Afeez was arrested with 1 kg of Indian hemp.
He noted that Uche, Babatunde, Alao, Ibrahim and Abiodun were arrested together with a bag containing 1.05 kg of the substance.
Himinkaiye told the court that the offence contravened Section 11 (C ) of the NDLEA Act Cap N30 Law of the Federation of Nigeria, 2004, NAN reports.