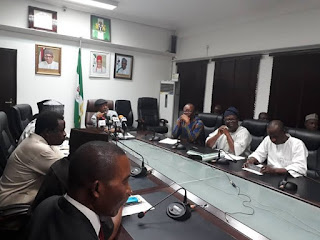 ASUU began the strike on March 9, 2020 after a disagreement with the Federal Government over Integrated Payroll and Personnel Information System and other issues relating to university funding.
The leadership of ASUU and that of Federal Government delegation met at the Ministry of Labour and Employment for about eight hours on Tuesday, after which ASUU president, Prof Biodun Ogunyemi, said that no pronouncement would be made until after presenting the new government proposals to members of the union.
At the meeting were the Minister of Labour and Employment, Dr Chris Ngige; Minister of State at the ministry, Festus Keyamo (SAN); Executive Secretary of the National University Commission; Minister of State for Education; Accountant General of the Federation; Permanent secretaries in the ministries of labour and that of education.
Details soon