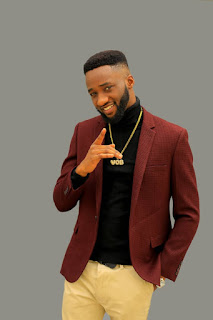 Val Obil, real names Valentine Arinze Obilor is a rapper, singer and film maker from Imo State, Nigeria, Africa.
He was born and bred in PortHarcourt, Rivers State , Nigeria.
He is from a family of four boys , his dad died when he was just 11 leading him to spend most of his growing up years with his mum and siblings who had a pretty rough time after his dad’s death.
Born 14th February, his love for music and the arts since his teenage years, saw him belong to different drama and music groups while in High school and University before recording his first solo project in 2009, featuring and directing the video for ‘Model’ by Wingz ft RickyBlaze in 2012 and releasing his first ever work – a 16 tracker mixtape titled Val’s Official Birth ( V.O.B the Mixtape) in February 2013. 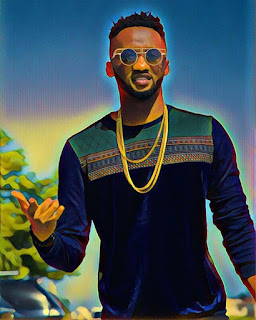 ‘ Aluu 4’ one of the singles from the mixtape drew general acclaim as it lyrically and soulfully painted out the ordeals suffered by four teenage friends in the hands of villagers who meted out jungle justice to them in Aluu, a community in the University of PortHarcourt , a  school Val Obil graduated from with a degree in Human Physiology in 2014.
Another single , Love Mechanic ft Mercy Chinwo (first ever Nigerian idols winner) and Ole ft Wizkid drew general praise and credence to the emerging yet young talent that Val Obil is.
After his mixtape in 2013, Val went silent in the music industry and focused on graduating from college. He also used the time to develop his interest in film making and the sports world – setting up Valsoccer Sports Group alongside two of his friends Rowland and Chima. During this period he created his sports website, set up Valsoccer Sports center in PortHarcourt and also tried sourcing for funds to aid in his maiden sports tournament where he planned to expose and nurture emerging sports talent to the world .
In 2015, he stopped his Sports venture and started working for Linda Ikeji, his cousin and Africa’s most popular blogger, as the chief sports writer/analyst. 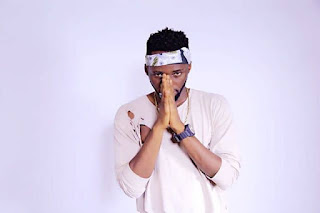 He regularly engaged in studio sessions from time to time and continued his development as a filmmaker, doing online tutorials and getting direction from Icons like Mel Gibson, Tunde Kelani , Sam Raimi and Clarence Peters.
In 2016, Linda Ikeji set up her media house in Lagos and Val took up creative roles in the company as Head of Music , creative director and also started producing and directing the in-house sports show ‘Game with Val Obil’ and a football reality show ‘game lifestyle’. He had several production consultations with top dogs in the sporting and media world like Dosu Joseph, Mozez Praiz , Okon Akpan, Kanu Nwankwo, Tobi Peters, C2S company among many others.
In 2017, he started producing and directing more shows for Linda Ikeji Tv namely Highway Girls of Eko, Anabell , Rise and Grind of Ice Prince to mention but a few . During this process he learnt the basics of Music production and also furthered his education in film production.
All this while, one thing remained constant – he never forgot his music !! 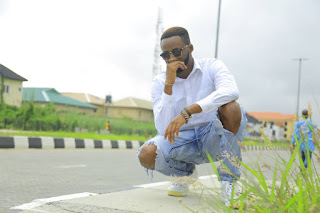 In June 12, 2017, Val Obil released the much anticipated ‘Isoko’ a song that not only portrays love in an artistic style, but also highlights the people of Isoko in Delta state and how he was charmed by a so called ‘Isoko’ girl who gave him Isoko love and taught him the Isoko dance . 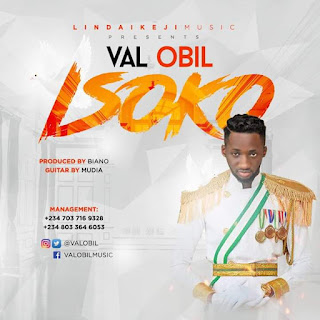 Isoko video was shot by TG Omori but directed by Val Obil.
In October 2017, Val Obil was widely criticized after claiming that Jidenna stole his concept for his ‘Royal like’ costume he used in the Isoko video.
Jidenna posted the photo of his own costume on Nigeria’s independence day but Val posted his own version three days later claiming Jidenna stole the costume from a manuscript of the design posted by his designer on Twitter.
Some supported Val Obil’s explanation but many online observers didn’t.
In 2018, Val Obil released ‘Oh Baby’ featuring Canadian based singer Nanya and drew acclaim for the melodious and slow tempo song.
In 2019 he had recording sessions with Terry Apala, Ice Prince Zamani, Kechi AGT but refused releasing the projects.
In February 2019, Val Obil released visuals for ‘Letter to Nigeria’ where he featured Nigerian comedian Mimicko and actor Uche Maduagwu.
The song spoke about the ills of the society with Val Obil’s aggressive lines depicting the ills in the society while Mimicko and Uche’s hilarious acting passed messages about the ills in Nigeria.
The video was shot in the Makoko area of Lagos state and was directed by Snarz in Motion.
Still unsigned and without any funding, Val Obil turned his attention to filmmaking, producing and directing the documentary ‘A Dog’s day in calabar’ for Linda Ikeji Tv. He also produced a short film series ‘Na die i dey so’
In June 2019, Val Obil was robbed of his valuables in Fidelity Bank Lekki, Lagos, and the bank apologized for the robbery on it’s social media pages after the singer said he’ll pay 250,000 Naira to anyone who could help him locate the thief.
Val Obil was so destabilized by the robbery incident  that he didn’t drop any musical content for the rest of the year.
In 2020, Val Obil says he hopes to drop more musical projects.