Akanimo Udofia: The Power of Foresight 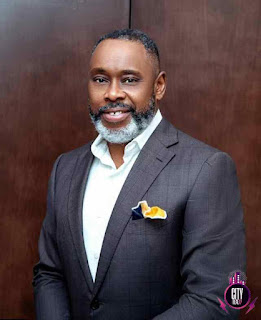 When Akwa Ibom State government was still mulling over the idea of the Ibom Deep Seaport, for a number of good reasons, not many people had thought about how many young people have the various skills or knowledge that will be needed in the seaport.

Nevertheless, one man did not only think of this, but actually made real and commendable effort to start the process. As far as 2007, Mr. Akanimo Udofia sponsored the training of 160 youths in Akwa Ibom and Cross River States on various Maritime courses not only to equip them for engagements in the various oil multidimensional companies that were operating in the region, but to also give them a long-term relevance in the maritime sector and as well prepare them for opportunities in the proposed Seaport.

Akan Udofia knows that his over 30 years of experience in the oil and gas sector will hardly count for something if he is unable to reproduce his kind. But aside from his desire to see Akwa Ibom youths thrive in the oil and gas sector, Mr. Udofia seems genuinely committed to developing and supporting the youths to have opportunities and succeed across all sectors of life. By his prediction, agriculture, technology, energy, oil and gas, entertainment, sports and entrepreneurship are some of the money-spinning ventures where many of our innovative youths can easily breakthrough. For him, one of the ways the economy of the state and country can easily bounce back from the negative effects of the global pandemic, is to effectively engage our human resources in key viable ventures.

A rough data estimates that Akan Udofia, through his Desicon Engineering and other business ventures, has created over 4700 job opportunities for Nigerians. These include direct employments, contract staffing and engagement of skilled workers during execution of various projects. For a company that has been involved in projects like the Southern Swamp Sales Gas Evacuation Pipeline Project (SSSEGP), Southern Swamp Associated Gas Solutions Project (SSAGS), Northern Option Pipeline (NOPL), Helper Motor Upgrade Project Phase 1, Afam Power Plant Projects, Obiafu-Obrikom (OB-OB) Gas Plant Upgrade, Ebocha Early Gas Recovery Project, OML58 Upgrade Project Phase 1, and many others, one can only imagine the thousands of young people across the country who have been empowered with skills, experience and exposure by taking part in these projects.

As a private businessman, Udofia has done so much over the years, through inspiring and supporting younger people in business. For someone whose business scope covers the entire country and beyond, he apparently does not have the luck of choosing a particular region to focus his investment in people. It therefore means that he has to spread his goodwill across Nigeria and beyond. For instance, moved by the July 2012 Danzig Street mass shooting in Scarborough, Toronto, Akan Udofia, in November 2012, donated one hundred and fifty thousand Dollars ($150,000) to the community. He meant it to be quiet donation but when the probing media caught up with him and pressed for comments, he said: “I choose to be a role model, to show these kids that there’s a big world out there”. By “big world”, he apparently meant to inspire hope in the children faced with a devastating situation. He wanted them to rather look at the bigger picture. Moreover, his noted that his donation in far away Canada could ripple down to Africa. “The emerging economies of Africa can use a skilled, talented and reformed youth from the Danzig community in Toronto and I can help,” he submitted.

Udofia, surprisingly, is a Toronto-based business mogul. But his frequency at his home community as well as the attention he gives to his Akwa Ibom people is legendary. Since he does most of his humanitarian services outside the media, those close to him, while pointing to some of his selfless deeds, say he frequently pays close attention to his community and their needs. They add that quite often, when it lies within his powers, Udofia tries very noiselessly to ease the burdens of his people. As revealed in his comments on the Danzig incident, even while faraway, Mr Udofia is always thinking about providing solutions to the problems of Africa, Nigeria and Akwa Ibom in particular.

Development is not rocket science. Having spent many years in a country where government actually works, Akan Udofia has learnt the rudiments of good governance. This shows in his managerial skills of his private business concerns. Truth is, in as much as Mr. Udofia has the desire to contribute immensely to the development of Akwa Ibom State, there is only very little he can as an individual. As a private citizen, he is as helpless as the rest of the people when he is working against unfavourable policies, infrastructural deficits and other fundamental problems.

Good enough, he is not shying away from any perceived limitation. In fact, aided by his wealth of experience in growing a small enterprise into an economic acorn, Udofia seems braced up to face the challenges. He has shown his willingness to serve Akwa Ibom people, bringing his exceptional experience to work in the overall interest of the state. It is now left for the people to chose between proven experience and hearsay; between quiet humanitarianism and audio do-gooders. Udofia’s quest for an opportunity to serve can only find expression in the informed choice of the people, devoid of manipulation from selfish leaders. As a private businessman, he has led the economic revolution that Akwa Ibom earnestly needs. All he has to do is replicate his successes on a larger scale.