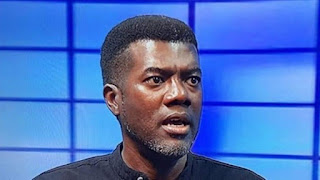 I watched Lai Mohammed’s press conference where he tried to punch holes in the Lagos #EndSARS Panel Report.Before I destroy the seven grounds raise by Lying Lai in his futile attempt to cast aspersions on the courageous work by the Panel, let me first state that Lai Mohammed is the fly that follows the corpse to the grave. Even Buhari could not deny the Lagos #EndSARS Panel Report in his meeting with the United States Secretary of State, Anthony Blinken, at the Presidential Villa, Abuja on November 18, 2021.Buhari left the ignoble and dishonourable task to Lai. It is Lai’s destiny to Lie all the way to his father, satan’s, home.The #LekkiMassacre occurred and #BuhariForPrison2023 must happen. And I will not counter each of the seven grounds raised by Lai today.1. Lai Mohammed said the Lagos #EndSARS Panel report is “fake news” because the panel said it found bullets and bloodstains even after saying the army and police cleaned up afterwards. Didn’t Lai’s colleague, Raji Fashola, also find a camera even days after the clean up? The fact remains that the military and the police attempted their shoddy clean up at night, and could therefore not have cleared everything. They left traces of their massacre, which were found on the subsequent hours and days.2. Lying Lai Mohammed quoted a so called ballistic ‘expert’ that favoured the Buhari junta. He however failed to address the fact that bullet casings of ammunition that is ONLY available to the Nigerian Army were found at the scene of the #LekkiMassacre. How did they get there in such number that even passers by were able to pick them up?3. Lying Lai Mohammed then quoted a so called forensic evidence that claimed only three corpses were from the #LekkiMassacre and said that that contradicted another area that said nine persons died. Lai failed to mention that that forensic expert did not examine all the bodies. But even at that, Lai just unwittingly admitted that there were three bodies from the massacre. He had previously said there were no such deaths.4. Lying Lai faulted the eye witness testimony because it was done via video, and not live. It was done via video because the Buhari regime was seeking to kill that witness and prevent him from testifying. I ask the public to see how another witness was attacked yesterday and how they threatened thr life of yet another Panel member.5. Lying Lai further said that “The panel was silent on the family members.” Why should the Panel expose the identities of the families of the victims? So the Buhari administration can try to kill then they way they attacked a witness and panel member yesterday? We are talking of a government that killed 347 Shiite men, women, children and infants during the Zaria massacre of December 12-15, 2016.6. Lying Lai Mohammed asked how the Lagos #EndSARS Panel is not sure that the names of #LekkiMassacre victims “are not fictitious names?”. If Lai has evidence that they are fictitious names, let lie produce the proof. He who alleges must prove!7. Finally, lying Lai said “The report didn’t make any recommendation on the innocent people whose businesses were attacked.” My response is to ask Lai to cure his ignorance by studying the terms of reference of the PanelThe truth is that Lai Mohammed is a dishonourable and dishonest man, which is why on July 5, 2021, the Kwara State House of Assembly (Lai is from Kwara state) said in an official statement that (and this is a quote) Lai is a ‘liar who lies every day.”Their testimony was further corroborated on October 18, 2021, when Governor Abdulrahman Abdulrazaq of Kwara State called Lai Mohammed a liar and a thief. I remind the public that Lai is yet to sue Governor Abdulrazaq#EndSARS #BuhariForPrison2023 #LekkiMassacreReno Omokri