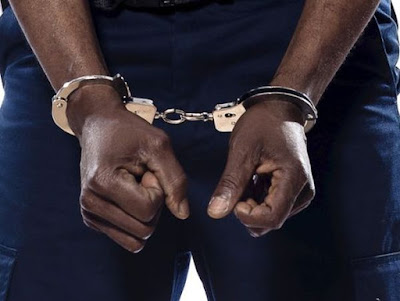 A 40-year old man, Adebowale Ajayi, has landed in trouble in Lagos after he allegedly secretly slept with his neighbours two daughters between the ages of 12 and 13.
The incident happened at Babalola Womiloju Street in Meiran area of Lagos where they reside.
The suspect, Adebowale, allegedly came back early when the parents of the victims were still in their places of work and committed the alleged offence.
He was said to have lured the victims into his apartment separately and allegedly engaged them one after the other while warning them not to tell anyone what happened.
However, the act leaked as people, who saw the under aged girls exit his apartment, confronted them and the victims confessed.
The matter was reported to the Police in the area; the man was arrested and detained at the police station. During interrogation, he reportedly confessed engaging and deflowering the under aged girls during the sex romp.
The matter was later transferred to the Gender Section of the Police Command, where he was also interrogated and found him culpable. Having been found culpable, the Police charged Adebowale before the Ogba Magistrates Court for defilement.
At the Court, his plea was not taken.
The prosecutor, Supol Ezekiel Ayorinde, asked the Court to refer the matter to the DPP for advice because it involved minors.
Thus, the Presiding Magistrate, Mrs. B.O. Osunsanmi, ordered the defendant, Adebowale, to be remanded in prison custody without an option of bail.
The Court directed the prosecutor to duplicate the file and send to the DPP for advice. The matter may be transferred to the High Court if the DPP finds him culpable and recommends his trial for defilement.
He may spend several years in prison custody if he is tried and found guilty for the alleged offence.
The matter was adjourned till 15th July, 2019.